"The Life of Ivan" " - the book Olga Semenova-Tian-Shanskoy, which was first published in 1906 year. In her daughter of the famous traveler and geographer, he tells about the life of the Russian village of the late XIX century. Initially, the work was not very popular, and then it was forgotten. Most recently, the book was republished, and we want to share the most interesting moments ... 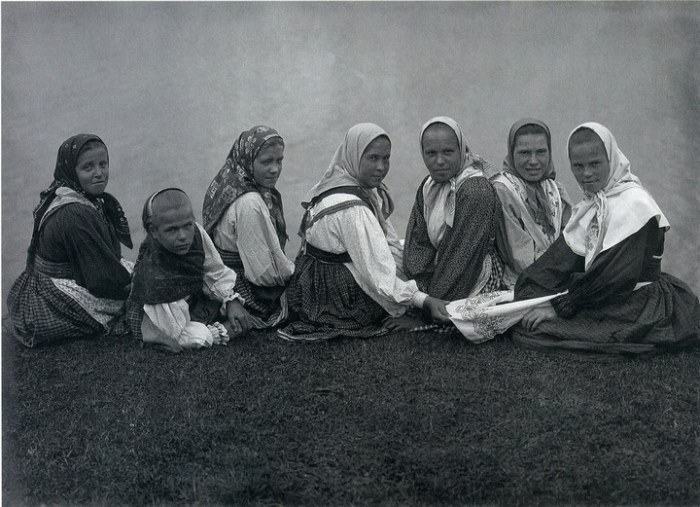 The author reports that so far (1890-e) in some villages there is a tradition to match girls 12-14 to boys, suitable for them by age. True, now such agreements are often terminated when children grow up. If not, then at the age of 14-15, girls begin to live with their future spouses. 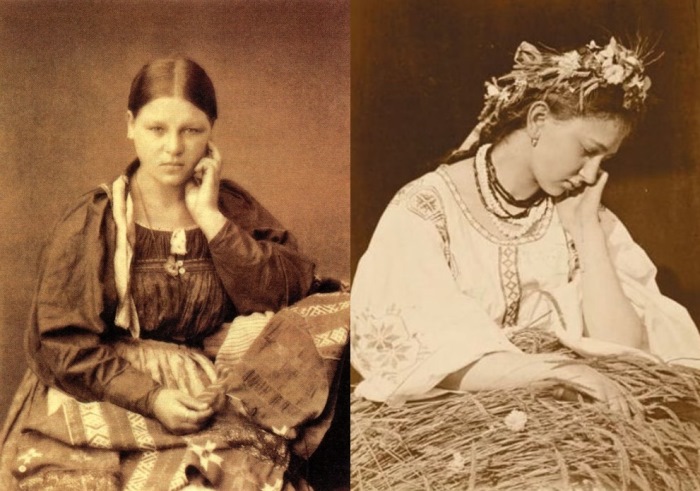 Next Olga Petrovna gives the average age of marriage. If in the middle of the XIX century girls were married in 16-19 years, and the guys got married in 18-20, then at the time of writing the book the situation changed slightly.

The girls were treated as an additional workforce, so they did not hurry to marry. The boys, on the contrary, tried to marry in order to get another pair of hands. Apparently, the wishes of the former took precedence, because they began to marry later, up to 25 years, and married in 27. 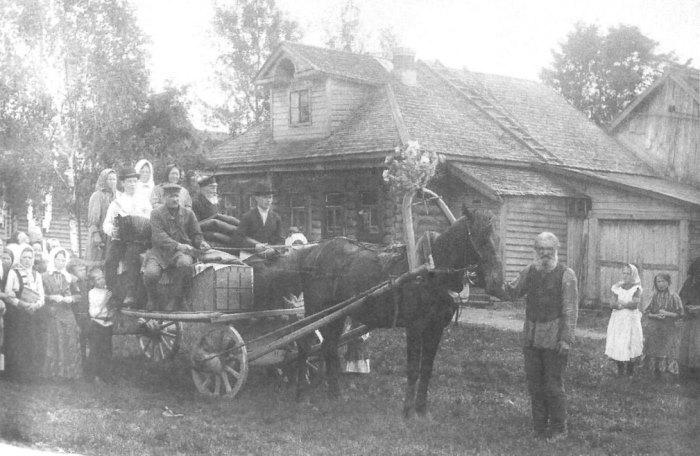 The boys were more fond of the girls cheerful, who did not climb for a word in their pocket. Often, such meetings ended in extra-marital relations, which later grew into a family. Sometimes, a guy could throw the one he "loved." For such connections, girls often got from the elders; the guys did not have anything.

Above "Dissolute" a girl or a woman could commit reprisals. The "dissolute" was called the one with several lovers. These same guys could have conspired and take revenge on her. If she's a girl, then her gate was smeared with tar, and if a woman, they beat her. They will be beaten, a shirt on his head will be picked up and tied up (his head is as if in a sack, and naked to the waist). In this form they let a woman through the village. Over those who had one lover, the violence was not arranged.

The pregnant woman continued to work: weed, knit, thresh, plant and dig potatoes. Sometimes, it began with the woman of the fight, she ran home, along the way she would lie down somewhere on the ground, endure the pain and then flee. 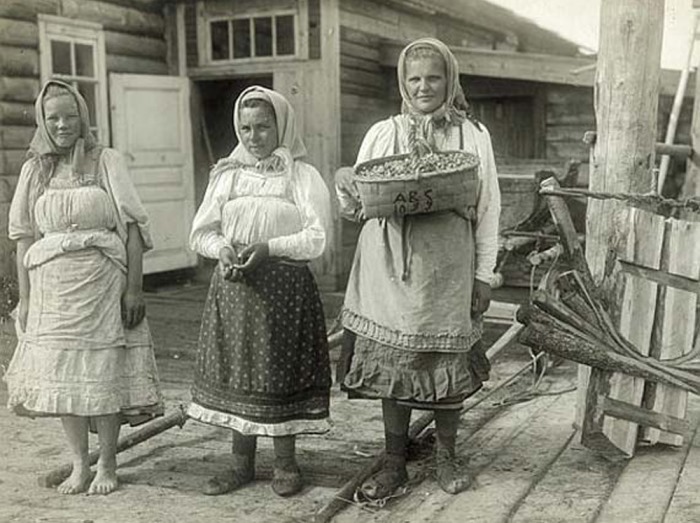 Already after 3-4 days after birth, a woman took up her homework, and it happened already the next day she melt the stove herself. In days 5, a maximum of a week, already and in the field came back. 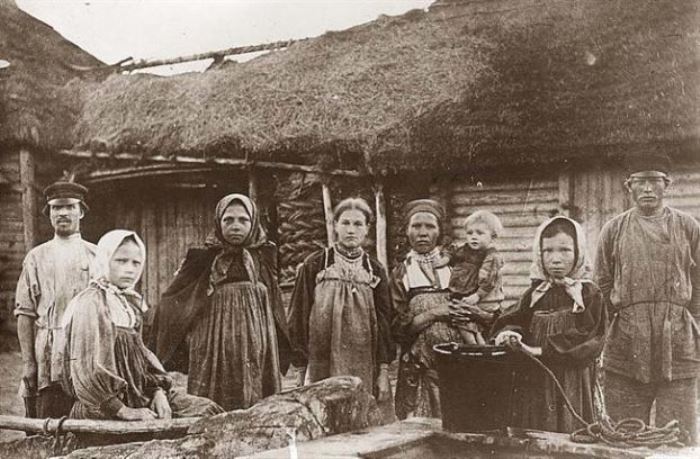 After the first child, the husband could still take care of his wife, and after the second, the third certainly is not. To live with her began weeks through 2-3 after delivery, and if she drinks, then before. Of course, no one asked a woman ... 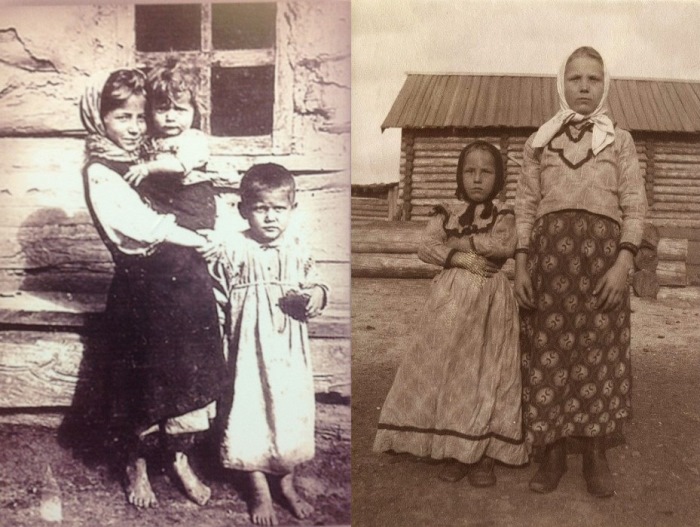 Sober men rarely beat their wives, but on a drunken head everything happened. And the horns went into the course, and boots, and sticks ... And he could just fist or kick. If in the course of what is happening a man will break something from his inventory, then the object is a pity to him much more than a wife.

Professionally debauched no one was engaged, but it was not difficult to buy a woman for a gift. One naively admitted: "I got myself a son on my mountain. And only for a trifle, for ten apples! " 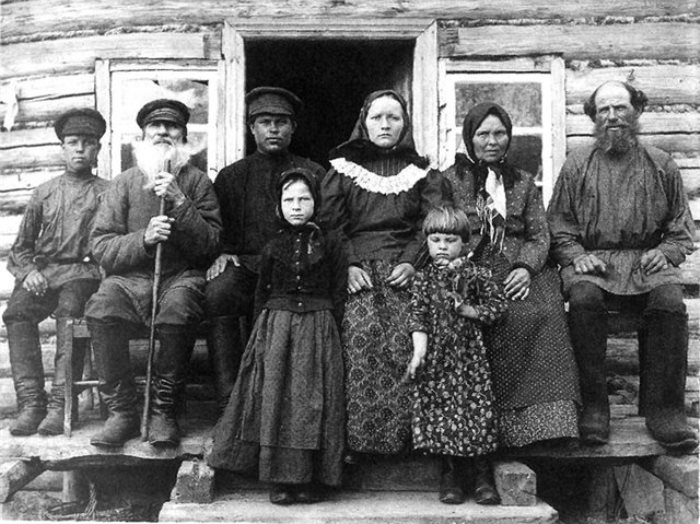 Cases of murder of unwanted and illegitimate children are not uncommon. The woman gives birth somewhere alone, then strangles the child with her own hands and throws into the water with a stone around her neck, or bury it in some kind of pork horn.

I can not believe that this was happening a little over 100 years ago. Peasant life was not savory! On the other hand, now such cases are also common, but instead of apples are given, for example, for things with their image.

If the article was interesting for you, share it with your friends and acquaintances!

Do you like the article? Do not forget to share it with your friends - they will be grateful!